The legend says that Noah and Hercules have been the founders of the city of Rimini, but according to historical sources was born as a Villanova settlement. Important crossroads of cultures as the Etruscans and Greeks, Italics and Celts, to the foundation of the Marecchia River by the Romans. The &quot;Ariminum&quot; colony was founded in 268 BC and in 90 AD became the &quot;municipium&quot; of the Roman Empire.

With the barbarian invasions and the fall of the West Empire in 476 AD, Rimini lived a period of great glory that ended in 553 with the victory of the Byzantines on the Goths. In 756, after the controversy with the Longobards, King Pipino gave Rimini to the Church. In the 12th century, it passed under a General Council, with the Podestà, but in the Renaissance it becomes one of the most important cultural center of the country under Sigismondo Pandolfo Malatesta until 1528. Rimini remained under the Pontifical State for about 3 centuries and in 1860 it was annexed to the Kingdom of Sardinia.

We recommend 4 paths to discover the city and its historical-artistic beauties. Four walking itineraries even on foot since the hotel is located just a few kilometers from the historic center of the city.

Our route begins with the Tiberius bridge, the Roman symbol of the city of Rimini. The bridge, begun by Augusto in the 14th and completed by Tiberius in the 21st century, is still functional and connects the historic center with the village of San Giuliano. From here there were the old consular streets, Emilia and Popilia, from Vicenza to Aquileia. It consists of five porticoes in Istrian stone and the pylons have blind rectangular windows. Crossing the bridge you arrive at the Tre Martiri square which partially looks like the ancient Roman hole in the city. The square before being appointed by three young partisans who were executed during World War II was dedicated to Julius Caesar who here held the famous speech to his soldiers before passing the Rubicon. Continuing, we are in front of the Augusto arch, the entrance of the city, erected in 27 AD. to Ottaviano Augusto. The original building included, in fact, a statue of the emperor on horseback of which remained only few traces. Continuing to the station you get to the the ancient Roman amphitheatre remains, erected in the 2nd century AD, able to accommodate up to 12 thousand spectators. Once in Ferrari square, you can visit the Archaeological museum and the Domus with imperial finds dating from II and III century AD.

Outside the museum you can find the complex known as Domus of Surgeon, a domus of the second half of the II century BC, accidentally discovered in 1989 during some urban works. In the rooms of the domus have been found objects revealing the occupation of the landlord, a rich surgical kit and mortars for the preparation of drugs.

In the leading position is the Sismondo Castle or the Malatesta Fortress, a fortified residence, built by Sigismondo Pandolfo Malatesta, Lord of Rimini from 1432 to 1468. Works started in 1437 and lasted about 15 years, although the residence began to be inhabited since 1446. Today there is only the central nucleus of the original construction used to cultural events of a certain importance. Sigismondo Pandolfo Malatesta ordered always the construction of the Malatestian Temple, a real masterpiece of the Renaissance for the brilliance of the marbles and the beauty of the inner chapels. The Temple was never completed due to some contrasts with Pope Pius II who excommunicated Sigismondo. Another focal point of Rimini's Renaissance is the Della Pigna Fountain located in the medieval Cavour square. Leonardo da Vinci, in 1502, passing through Rimini, was enchanted by the harmonious play of the jets of this precious monument.

In The Cavour Square, there are the most important public buildings dating to the Middle Ages. The oldest is the Dell' Arengo Palace, built in 1204 and it was used by the administration of justice. In the 14th century, the Podestà Palace was erected next to it. At the end of the fifteenth century, the works of the Garampi Palace began. At the end of the 13th century, however, it was built the most important church in the city, the Sant' Agostino Church that preserves some of the most important testimonies of the painting school in the apse and in the chapel of the bell tower. Another medieval building is the Santa Colomba Church erected on the remains of an ancient pagan temple. There is only the bell tower and some vestiges of the church, abolished in 1815, kept in the Museum of the city.

For food and typical products of Romagna lovers we propose a trip to the delicacies of our land.

Fresh fish is the protagonist product of the city with mussels, clams, shrimp, monkfish, squid, lobster and shrimp. It is prepared in many ways, raw, grilled, fried, catalan and with freshly hand-made pasta and sauce. Among the specialties to taste, we recommend the adriatic oysters of Cattolica, bigger than the Atlantic ones and with a hazelnut aftertaste.

With the grain of the areas it is produced the piadina, the most famous food of Romagna. An unleavened bread that is prepared with flour, lard and salt and is cooked on a flat pan, called &quot;testo&quot; accompanied by seasonings, cheeses and seasonal vegetables. 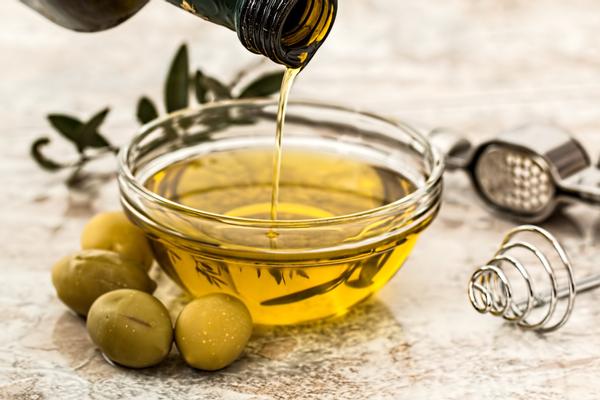 Olive oil of the hills of Forlì-Cesena and Rimini is a quality oil, still not known and with a great quality, characterized by the very low acidity. He has recently obtained designation of Protected Origin &quot;Colline di Romagna&quot;.

You can not speak of Romagna without mentioning the Sangiovese, a symbol of welcoming and vibrant Romagna. The wine production of the land proposes a great quality offering which also includes the Albana, a white of great value from an ancient vine, already known to the Romans. The tradition of the &quot;cacio&quot; has very ancient origins, already from the 1st century AD, the sheep were raised to make cheese from raw sheep milk curd. We recommend the squacquerone DOP, raviggiolo and casatella, DOP Fork cheese, obtained with the ancient technique of seasoning in ditches.

Among the underbrush products we point out the precious white truffle, the porcino, prunings, galls and drumsticks. Pay Now and Save

Book now and Pay in Hotel

Discover the history of Rimini, their places of interest and the culinary suggestions
See more

The Hotel Ambra is an excellent destination for business events and exhibitions.
See more